It’s that time again, just a year since the previous Academy Awards and a guarantee that they’ll read the name of the correct winner this time around. Last year, I made a point of seeing all the Best Picture nominees, or at least all but the eventual victor obviously (something I soon redressed); on this occasion through a combination of laziness and lack of accessibility I haven’t been able to do the same. I could have caught The Phantom Thread, for example, but I would have had to travel to do so and in all honesty I couldn’t be bothered. There were just things that I wanted to watch more, and I hope at this stage you aren’t all going to click off as I reveal that I find Paul Thomas Anderson’s movies to be a bit of a chore sometimes.

At the time of writing, I’ve covered five of the nine finalists. Of these, the best for me is clearly Three Billboards Outside Ebbing, Missouri, a haunting and rather droll drama about death and its fallout. The curiousity is that Martin McDonagh’s sudden prominence has come as any sort of surprise. In Bruges was an utter blast, both very funny and quite moving, and at the time who knew Ralph Fiennes had such a gift for comedy? I would place Dunkirk in second place, if for nothing else then for Nolan’s willingness and skill in finding new ways to tell a well-trodden story, also because it’s such a tense watch. I liked but wasn’t blown away by The Shape of Water. A residual love for Guillermo del Toro saw it across the line, but I couldn’t escape the nagging feeling that I’ve seen it all before – the director made a better fist of his off-kilter fairy tale oeuvre with Pan’s Labyrinth, and despite doing little wrong – the period detail was especially well observed – this one felt kind of thin and stretched, like there wasn’t really enough going on for a full-length feature. I liked Get Out a lot and am pleased to see it get this kind of recognition, but I don’t see it as a potential best film of the year and suspect there’s an agenda by the Academy to its positioning. Finally, and by some distance, is Darkest Hour. I’m a sucker for (i) Gary Oldman (ii) films about wartime (iii) prods against the Establishment, but every bit of love for this entry drives from a first rate performance by its lead actor because much of the rest seemed cliched and set in the usual fictionalised England that didn’t exist outside a Hollywood writer’s room.  Besides which, anyone who’s watched Netflix’s The Crown knows that it’s possible to coax a striking Churchillian turn from a left-field casting choice…

The film I thought was the best of the previous year didn’t get anywhere save for the technical categories, and that was Blade Runner 2049. I was enraptured enough to have watched it three times now, and increasingly it strikes me as a five star piece of work. Just think how easy it would have been to have given us more of the same, and instead we get an entirely new plot set within the world of Deckard and Replicants, a tale that answers a stack of questions set by the original film and poses new ones, all with a thread of topicality and what it means to be human. Wonderful stuff, and that’s without a word on the frankly incredible job of world building, Deakins’s cinematography and the sound design. I would shower it with honours, and along the way I’d find time to praise the actors also.

Of course, disagreeing with the Academy is nothing new. I indulged a week off work catching up on some old unseen titles, particularly previous Oscar winners, and what a mixed bag it is. Take the first ever Awards, ninety years ago, and the honours going to Wings. On the night Sunrise was given what appeared to be an equally weighted trophy, but it’s Wellman’s World War One epic that’s considered the outright Best Picture. Having seen both, I feel Sunrise has aged far better, and retains an elegiac, haunting quality that’s as powerful now as it was when Murnau first shot it, whereas Wings… Well, it’s fine. Notable for its aerial photography, the film explodes into life when depicting dog-fights between the primitive planes waging war miles above the trenches, even serving up some colour via the machine gun fire. Elsewhere, the opening comedy of errors leads to a largely tension-free love rivalry between the two male leads, while Clara Bow – effortlessly worthy of more attention than she receives – watches on longingly. Both films are available in restored, HD editions, and are well worth seeing, but for me there’s little contest between which of the two deserves the higher praise.

Years later, there’s the Oscar for Gentleman’s Agreement, a film that promised to life the lid on anti-Semitism in post-war America. Gregory Peck is always a star I’d pay to see, but the real draw was John Garfield, that great ‘what if’ of an actor who tragically didn’t get the lasting career and plaudits his talent warranted. Sadly, it all turned out to be sanitised and safe, even resorting to some jarring exposition when Peck explains the point of it all to his son, played by a very young Dean Stockwell. At around the same time, I happened to catch Odds Against Tomorrow on Blu-Ray, a late-period classic Noir, which did a much better job of exploring themes of racism as part of a wider narrative. The film’s about a bank heist, focusing on the lengthy build-up by following the fortunes of its protagonists, Harry Bellafonte’s debt-ridden gambler and Robert Ryan. the robbery is doomed to fail before it even takes place, we learn, largely because the two men are so diametrically opposed. Ryan plays pretty much the same character he essayed in Crossfire, an unremitting racist with some casual misogyny thrown in, all in all a complete arsehole who deserves nothing less than his fate in the film. I thought it was riveting, a smashing work from Robert Wise during his richest period as a director, but despite dealing so eloquently with issues surrounding bigotry didn’t even trouble that year’s Oscars. I guess it’s easy to dismiss this one as a heist movie, however there’s so much more bubbling beneath the surface and it deserves to be better known. 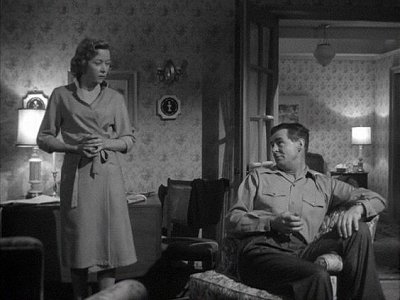 For the record then, here are my ten favourites of the Best Picture winners, in date order…

Jut goes to show there’s no accounting for taste, huh?