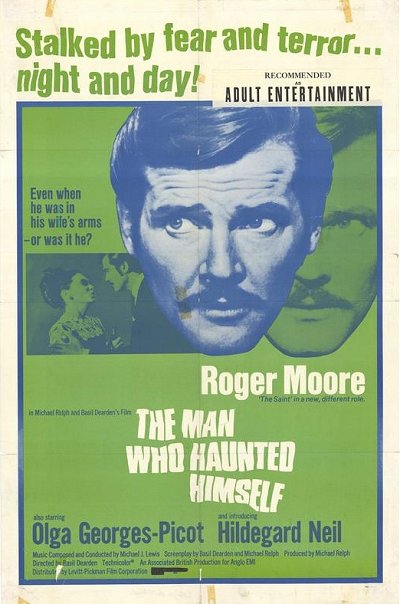 Roger Moore passed away in May this year, aged 89. It’s a personal regret that I had the opportunity to see him during his recent ‘An Evening With’ tour and turned it down. My feelings about his acting might be mixed, but I have a great deal of affection for the man and very much enjoyed both his autobiography and Last Man Standing, a collection of anecdotes about his peers that verged on the lovably scurrilous. The impression I get is that he was a lot of fun, didn’t take himself seriously and would have been very good value on the stage, recounting memories from his storied days as a major star.

There’s an enormous body of his work from the small and large screen in existence. It’s impossible to get beyond his lengthy stint as James Bond of course, and while I feel his entries have dated rather badly the truth of it is that I grew up with him playing and therefore being 007. Before then, he was probably best known for depicting Simon Templar aka The Saint, though neither role stretched him as a performer and Moore himself noted that playing The Man Who Haunted Himself gave him a lot more to do. It’s certainly a welcome film to write about, and one that hints there was a lot more to ‘Rog’ than a pair of performing eyebrows. As he wrote in My Word is My Bond, ‘I always reflect that it was one of the few times I was allowed to act.’ 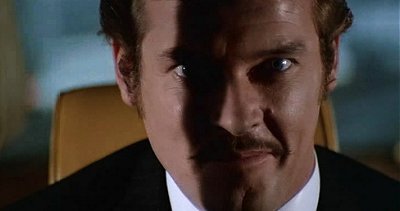 Moore plays Harold ‘Pel’ Pelham, a stuffy and conservative city worker who, while driving home after work, becomes strangely possessed with a devil may care attitude and starts speeding along the motorway. A strange smile plays on his face as he weaves his Rover dangerously through the traffic. Then he crashes, and it’s serious enough for him to need life or death surgery. During the operation he dies for a moment, and after successfully resuscitating him the surgeons briefly find two heartbeats appearing on the monitor. Pel recovers. He returns to his family, his two young children and his wife Eve (Hildegard Neil), with whom he suffers the middle aged tragedy of a marriage that has long since lost its spark. In work, the business in which he’s a partner, he’s in opposition to a mooted merger, and how much it’s worth depends on the non-revelation of a top secret technical development that he’s working on. But strange things start to happen. Colleagues report on activities they’ve enjoyed with him; he has no memory of them, also they’re completely out of character. He learns that the rival firm in the merger now has his support, and worse still that he’s involved in a romantic affair with a sexy young woman (Olga Georges-Picot). He starts investigating these queer happenstances, finding no answers and only more questions as it appears he’s now leading a double life and the other ‘him’ bears no relation to his habits and attitudes.

What makes it all work is Moore himself, playing against type as an increasingly angst-ridden and bewildered lead, growing more disheveled and distressed. At one point, convinced he is going mad, he checks himself into a psychiatric hospital, where he’s treated by Freddie Jones’s offbeat Doctor who tells him his predicament is a result of repressed sexual neuroses. The plot seems to be building to a rational explanation – Pel is ailing from some sort of schizophrenia, or a doppelganger is posing as him and taking over his life. However, it’s to the film’s credit that it’s going exactly in the direction it’s been hinting at all along, leading to a conclusion that is both unsettling and comedic in the blackest sense. Moore essentially takes on two roles, the unhinged man whose closed world is collapsing before his eyes, and the kind of character we’re used to seeing in The Saint, only here he’s sinister because we know something isn’t right. It’s good stuff and the actor is clearly relishing that he gets to put in a nuanced and complicated performance that’s outside his normal shtick. By the end he’s like no Roger Moore we’ve ever seen – way beyond his comfort zone, delirious, on the edge of insanity.

The Man Who Haunted Himself was not a big hit when it was released. It was a product of EMI Studios, made on a £200,000 budget with its cast and crew agreeing to take low salaries in order to reduce costs. EMI boasted about its economical approach to movie making; Moore felt this was as though it was flaunting the film’s cheapness, which served to put off members of the paying public. A shame. While it’s possible to view it as a bit of a schlocker, it’s well made and hosts some fantastic turns from a great ensemble cast – Anton Rodgers plays Pel’s business partner who’s witnessing his friend’s personality changes; Thorley Walters shows up as a bluff old cove, clearly someone Pel has tried to distance himself from previously but is now moving back into his orbit.

It’s directed by Basil Dearden, at the end of his lengthy career serving the British film industry and doing a fine job with the little he had to work with. Dearden shows us much of contemporary London, the faded glories and dark streets of Hitchcock’s Frenzy, and he keeps the action moving at a decent pace, at first just teasing at something being out of place before steadily building up the moments that plague poor Pel. If there are shades of an episode of The Twilight Zone to it all, then that probably harks back to Anthony Armstrong’s source novel, The Strange Case of Mr Pelham, which was adapted in the 1950s for an episode of Alfred Hitchcock Presents.  It doesn’t suffer for its longer form here. Sadly, Dearden died shortly after making it, ironically in a car crash that took place on the stretch of the M4 where the early scenes of The Man Who Haunted Himself were filmed, these too depicting a near fatal accident.

The Man Who Haunted Himself: ***