Sorry everyone – no review from me today. Early last week, I noticed Krull was on and so ensured I had a copy in time. It’s a long time since I last watched it – cinema visit all of 29 years ago, plus at least one televised viewing many moons past – and I needed to refamiliarise myself. I guess there’s a tendency with all fantasy/science fiction flicks that came out in the wake of Star Wars to rubbish them for their sheer coal-tails hanging cheek, but watching Krull again wasn’t too bad. The special effects weren’t as awful as I had anticipated. The acting from leads Ken Marshall and Lysette Anthony was dreadful, however; their lack of chemistry was really only saved by the fact they spent so little of the film together. To be fair, there are some cracking support performances – Robbie Coltrane, Alun Armstrong, Todd Carty, Liam Neeson, Bernard Bresslaw, Freddie Jones – to keep things moving along within this product of people who’d watched ‘the Wars’ and read their Tolkein.

Sadly, some scheduling chicanery must have taken place later in the week because Sunday’s here and Krull’s not on. I didn’t have time to find something else so this apologetic post will have to do. Here’s a nice picture of Ms Anthony (imagine a winsome British alternative to someone like Phoebe Cates) to be going on with: 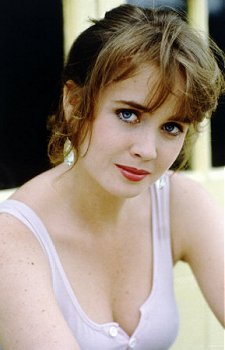 As usual, I hope normal service will be resumed tomorrow. In the thick of all that football I’m pretty much being press-ganged into watching (terrible, isn’t it?), I have managed to catch up with some recent(ish) DVD releases, including:

The Artist – whether it’s a worthy Oscar winner is up to the reader, of course, but I thought it was an absolutely charming piece of work and the scenes in which sound was played with were clever and very funny.

The Awakening – I’m a sucker for slow-burning ghost stories, and this 2011 BBC film – which featured scenes in Disley’s Lyme Park, where we’ve day-tripped several times – sits right alongside the likes of The Innocents and The Others. Well acted, atmospheric and chilling in the right places, with a twist that can be guessed in advance but is still solid enough.

Sherlock Holmes: A Game of Shadows – a bit like the first one revisited, which is fine but it adds nothing, and whilst I had a laugh it made me appreciate the BBC update that bit more.

Green Lantern – $200 million was spent on this turkey, and you can see where the money went as every scene seems suffused with CGI effects. Call me easily pleased all you want; I thought it was good fun and, on a rainy Saturday evening, there’s nothing wrong with a slice of mindless entertainment.

One Reply to “Krudd Sunday”